Stakehouse’s mission is to bring the benefits of ETH staking to the mainstream user. To do this Blockswap developed a public benefit infrastructure favoring solo stakers. Those who are most important to the Ethereum blockchain now have access to the Stakehouse middle layer which is like ETH staking with superpowers. Not only are solo stakers empowered, but anybody who touches staked ETH or its peripheries can benefit from a protocol that creates multichain ETH without a bridge, doesn’t pool users’ assets, doesn’t collect a commission, doesn’t require a particular node, and doesn’t use an oracle.

Stakehouse insists that users should never have to surrender their ETH, their validator keys, or sacrifice the decentralization of Ethereum for a quick gain.

The Stakehouse protocol is tooling around the Ethereum Deposit Contract (EDC) which enables stakers to have fungible staking derivatives without compromising the unique yield of each ETH thus upholding the atomic dependency of a single ETH validator. Stakers now have increased optionality when it comes to staking. Solo stakers can now access a true derivative that is not based on a pool and take control of their own ETH. Users maintain full autonomy by having the ability to select any node operator they would like. The Stakehouse protocol will provide staking and validator rewards at mass. 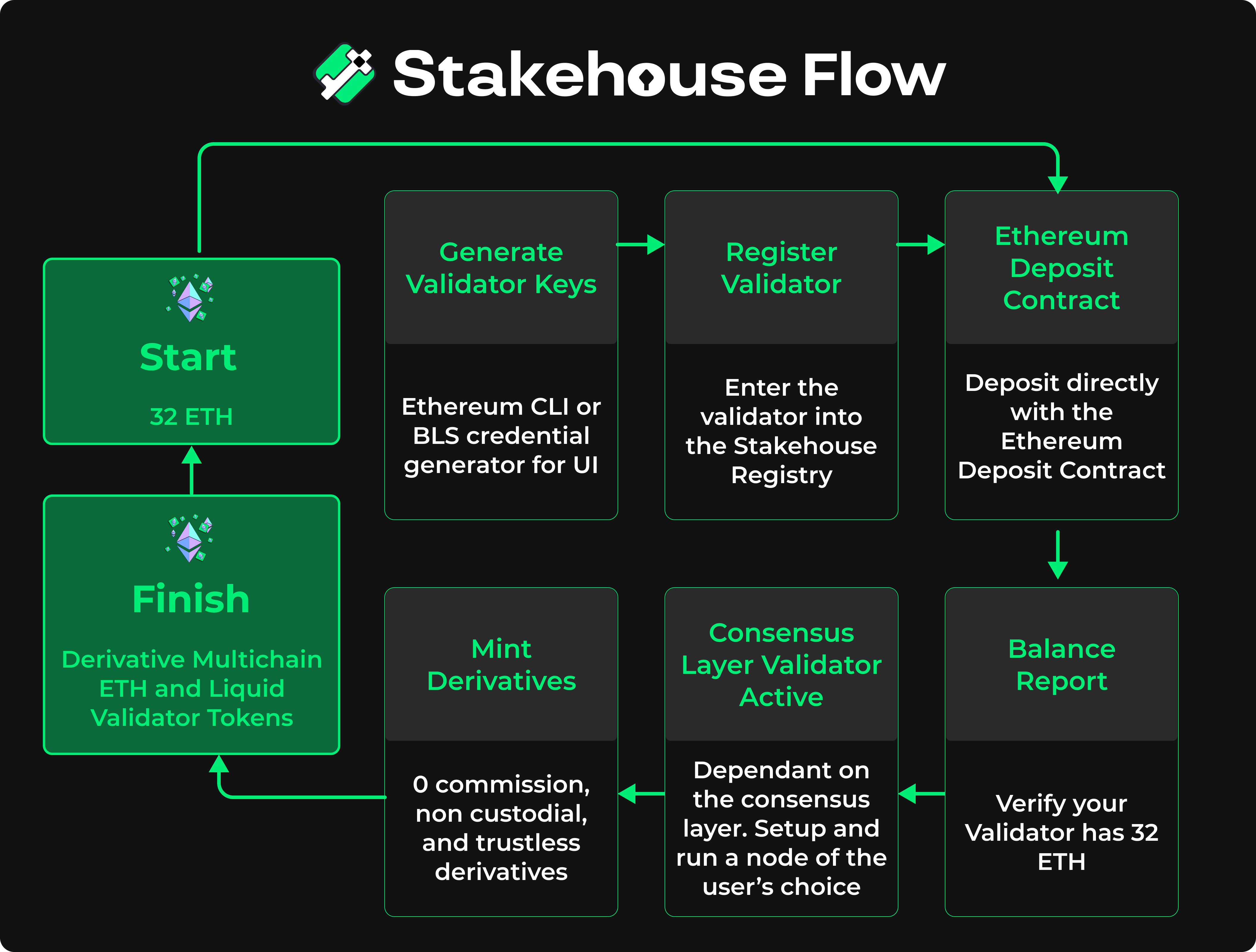